The Most Important Features of Colonial House Plans 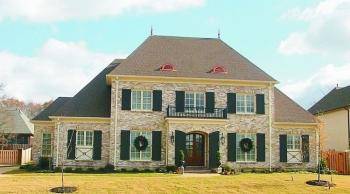 Understated and elegant, colonial homes are known for their special details, like wood shingles, red brick or clapboard siding, front doors highlighted by lantern sconces and pedimented windows. These charming touches give the homes a historical and welcoming feeling.

Often divided into smaller panes by white muntins made of wood, the windows of colonial homes are symmetrically aligned both vertically and horizontally.

Although colonial homes look traditional and vintage, they are filled with modern conveniences. The spacious, open floor plans often include “bonus” rooms that can be used for crafts, play, at-home office work or exercise.

Influenced by British architectural traditions, these graceful homes are known for their symmetry, rich classical details, like Roman- or Greek-style pilasters and columns, arched windows and elaborate entryways.

The colonial house plans by America’s Best House Plans offer a traditional, classic look combined with all the modern features you desire!