Your Dream Home is Waiting! Save 15% Off & Free Ground Shipping

Limited plans not eligible for discounts

The American colonial period incorporates several different design styles under its umbrella and was influenced by the English, French, Spanish, Germans and the Dutch. These different building styles were influential between the 17th and 19th century and, not only, included homes but also churches, government buildings and other aspects of life. The original thirteen colonies reaching from New England down the Atlantic coast and encompassing the Deep South featured design styles from England and other European nations as settlers arrived in the United States. Colonial homes developed throughout the Eastern seaboard and become recognizable for their use of geometry and symmetry. Read More 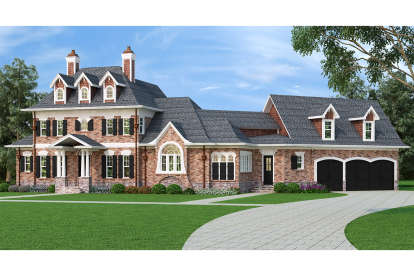 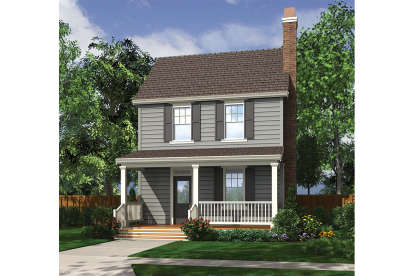 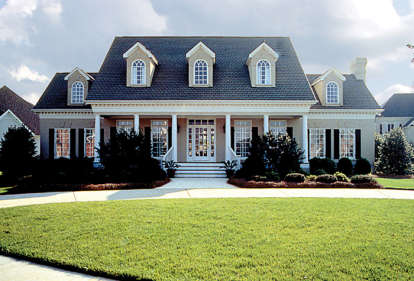 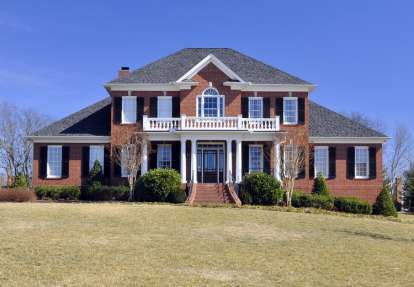 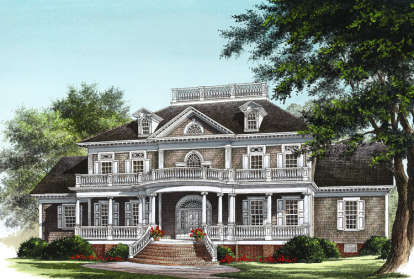 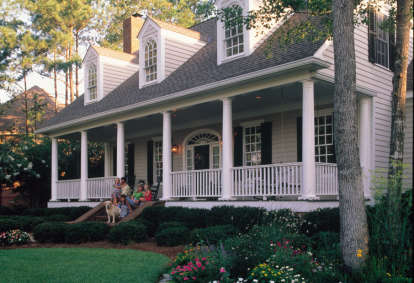 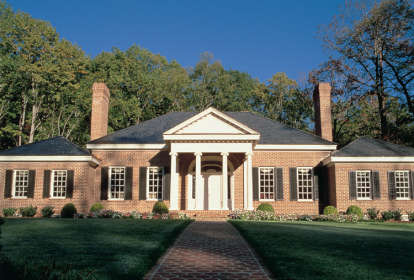 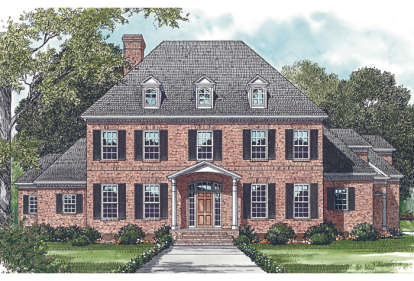 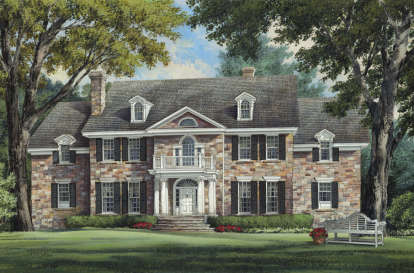 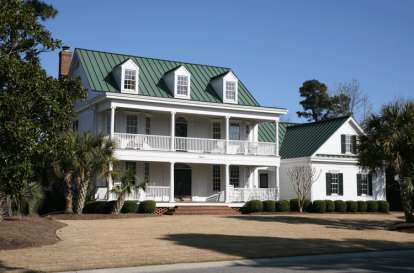 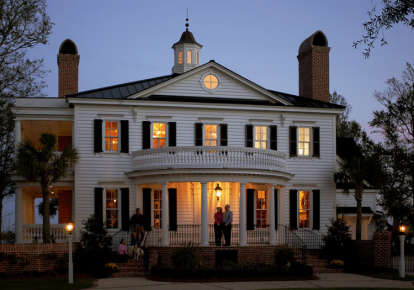 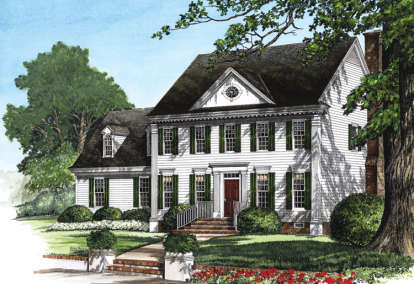 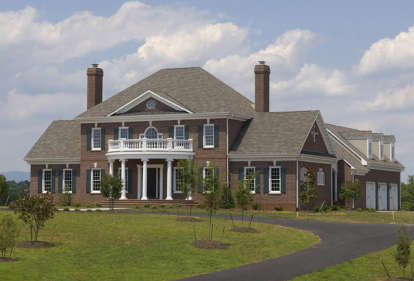 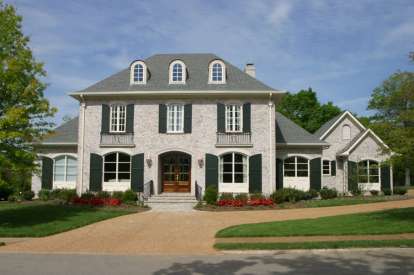 Sq Ft3,735
Beds4
Baths3
1/2 Baths1
Stories2
Cars3
Width92' 0"
Depth63' 0"
It remains a popular home style due to its comfortable interior layout and its balanced, simple exterior façade. These homes began as two storied homes with less interior room but soon developed into the widely recognizable and popular four-over-four homes; four rooms above and four rooms below. Further influence to the development of Colonial style homes are seen in regional interpretations as evidenced by weather and the climate. The South employed higher ceilings and usually positioned their homes facing northwest to minimize the sun’s effect while the Northern climates positioned their homes to the southeast for maximum light exposure.

While many may be initially baffled as to the difference between Colonial and Traditional home styles, Colonial is a specific type of style while Traditional encompasses many different types of style, Colonial being one of them. The Colonial era of the United States was a historic time in America’s history and greatly influenced hundreds of years of architecture as colonists settled along the Eastern seaboard and built homes. These numerous home styles have deeply ingrained historical roots derived from classic and timeless design principles and they remain ever popular with American consumers. Built as early as the 1600’s, Colonial homes have been built and modernized through current times with the following typical features:

Typical older Colonial homes feature a traditional center stair hallway with flanking living and dining rooms while the kitchen is situated at the rear of the home. Today’s Colonial homes are almost always two storied and may have this traditional layout; however, today’s homes are often larger, thereby, affording more square footage to the home’s floor plan. Oftentimes, these newer homes are able to incorporate a great room, used for casual entertaining, into the floor plan and yet, maintain aspects of a traditional floor plan that include a front dining and living room. In addition, to the great room many of today’s Colonial homes includes a first floor master suite that is spacious and designed for the homeowner’s comfort and pleasure. There may be a large bedroom with an adjoining sitting room, certainly an en suite bath and double or single walk-in closets.

Detached, Attached and Drive Under Garages

Older and revival Colonial homes may have detached garages as garages were not originally part of the structure. These detached garages provide a visual focal point to the home’s architecture and many new homes may still incorporate a detached garage to the plan as a purist nod to the original architecture of the home. Attached garages are more common and generally provide structural balance to the home’s symmetry or may be positioned at the rear of the home for unobstructed sight lines onto an already existing balanced exterior. While not common, some Colonial homes may incorporate drive under garages to the home and these can be truly welcomed, especially when dealing with challenging or sloping property lots. Usually, homes with drive under garages are three tiered and have, in some manner, been able to incorporate a basement foundation into the plan. This added space can result in being able to blend additional recreation, entertainment and possibly bedrooms and baths into the floor plan.

While Colonial house plans are typically thought of as sprawling and widely proportioned, as many of ours are, America’s Best House Plans also offers Colonial plans which are designed to fit on narrower property lots. These house plans are still expressly styled with many features that designate them as Colonial plans without distracting from their unique beauty. Many of our plans include basement foundations which can increase the square footage and living space of the home by incorporating secondary living space that is casual and functional making multi-tiered living enjoyable. The square footage of our collection of Colonial house plans vary from slightly over 1,100 square feet to in excess of 11,000 with the vast majority falling within the 2,500 – 3,500 range making the selection of Colonial house plans easily accessible and straightforward when searching our website.

The front exterior of Colonial homes are typically represented by an unadorned, two dimensional façade; however, many versions may include some type of front porch or wraparound porch. These columned exteriors may feature balustrades, elevated brick foundations and deep set porches which are especially prevalent in hot, humid climates as a way of accommodating the warm summer temperatures. Another possibility in the way of extended living space is to include enclosed courtyards and/or patios via French door access.

This distinct architectural style of Colonial homes have come to represent a nod to our historical past and feature a simple, refined exterior that is dignified, practical and organized. These homes can range from a modest amount of interior square feet to grand estates ideally suited for large families and executive styled living. Their understated elegance and unique design principles have been employed for hundreds of years and remain ever popular today with little likelihood of diminishing popularity.