Multi-generational Living – Is it for you and your family?

Immediately following World War II, the extended family household lost favor with the American public; by 1940, one-quarter of the population lived in one and by 1980, fewer than 13% of Americans lived in a multi-generational home. A wide range of demographic factors likely contributed to the decline; the growth of suburbia and the focus on the nuclear family; a decline in the immigrant population, and a sharp rise in the health and economic comfort of an aging population. With the Great Depression and the Second World War in the rear view mirror, many Americans felt safe in committing to the idea of a single generation, nuclear family lifestyle nestled in suburbia. As in many trends, the cyclical nature of multi-generational living has now reversed and for many, the reversal can be contributed to the decades old reasoning of social and economic factors; what was old is now new again. There are also a number of new factors that may explain the increase in America’s multi-generational households – delayed marriage patterns, longer life expectancy/an aging population, the 21th century recession/housing crisis and grown children returning home to live while they face crushing student loan debt and the inability to find meaningful and financially rewarding jobs.

According to the U.S. Census Bureau multi-generational families are those consisting of more than two generations living under the same roof and many researchers also include households with a grandparent and at least one other generation. Multi-generational households have rapidly increased in the last few years with one in six Americans currently living in a multi-generational household; this number having risen from 46.5 million in 2007 to 51.4 million by year’s end 2009, a whopping 10.5% increase in just three years. Demographics is a driving trend of this spectrum; baby boomers would normally be, at least, considering downsizing but many are actually trading up. While facing their own health/economic concerns, many baby boomers are caring for their elderly parents and have children of their own still living at home. Another driving factor is the surge in the immigration population, chiefly seen in the Asian and Hispanic population, where families are much more inclined to live in multi-generational households.

Oftentimes, boomers do not want to put their aging parents into a nursing home or assisted living facility; instead, they are looking to build a home where all family members can contribute to the economic and psychological well-being of the extended family. Also, there is great peace of mind gained when elderly parents are close by and can be cared for intimately by family members. And this gain is not just for the elderly parent’s well-being, much research has proven that the benefits of having grandparents in the home increases the emotional and practical benefits for every member of the family. Creating multi-generational households is a great alternative for many families looking for strong, mutually beneficial inter-generational relationships. Even when aging parents face debilitating medical costs and challenges, such as dementia; the family may delay and even avoid the literal and emotional costs of a parent living out the remainder of their lives in a medical facility. One of the most satisfying results multi-generational households produce can be the budding relationship between its youngest and oldest members. Grandparents provide important role models for children and society by imparting a sense of continuity, helping to develop respect and teach empathy for all ages of life. Grandparents also reap benefits from consistently being around and spending time with their grandchildren; oftentimes, engaging in youthful activities and conversations they otherwise may miss adding a deeper and rich purpose to their lives. Multi-generational families produce a host of benefits for everyone involved – providing constant companionship, assisting and supporting one another and bringing family members together to share in lifelong memories.

In response to the ever changing demographics of homeowners, many home designers have developed in-law suites, basement expansion plans and attached or semi-detached guest suites. These cutting edge designed suites are often self-contained accommodations that include a bedroom, full bath, a kitchen or kitchenette and a living area, ideal for aging in place and providing opportunities for people to live independently but together. Creating a multi-generational household is a great alternative for many families looking for ways to deepen their most meaningful relationships and experience the highest level of emotional bonding across generations. 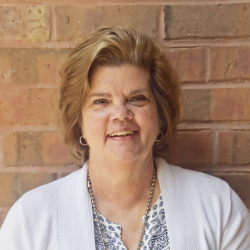 Having been in the home design industry for over a decade, Cynthia Pickett handles all aspects of the customer service experience from creating website content to answering all of your most pressing questions.